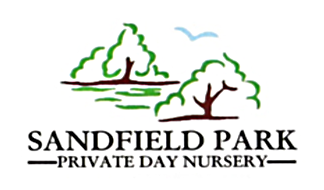 You can access up to 15 hours free education for your two year old child from the term after their second birthday with us, should you meet any of the following criteria:-

To secure your place for your two year old all you need to do is bring in proof of eligibility. This can be in the form of a letter confirming receipt of Universal Credit.

The two year old funding normally runs straight into the free education that all three and four year old children can claim.

The Local Authority requires a parent contract to be signed by you confirming that you are accessing the free education with our setting and you are also required to show the General Manager your child’s birth certificate. This is the only paperwork that you need to complete.

As of the 1st April 2015 the Government have introduced a Pupil Premium for nurseries to claim on behalf of eligible 3 year old children.

The Government believes that the Pupil Premium, funding for which is additional to main school funding, is the best way to address current inequalities by ensuring that funding to tackle disadvantage reaches the pupils who need it most.

At Sandfield Park we are notified by the Local Authority who is eligible to receive Pupil Premium and thereafter we can use the funding to further support those children in any areas of need that are identified.

The pupil premium can be used in several ways some of which being:-

It cannot be used to offset against your fees and none of it can be retained by either the setting or the Local Authority.

We may be able to claim a Pupil Premium on behalf of your child if you meet any of the following criteria:-

If you do meet any of the above criteria please let the General Manager know so that we can claim this and use it to benefit your child.

Click [here] to read the full details of our
Ofsted Inspection 2019.